...for a short time at least.  I've just enjoyed 10 days away with my family, camping in Quebec.  What a fabulous province!  This is the second summer that we've spent vacationing there and we've loved both experiences.  The province itself is absolutely GORGEOUS and there is so much diversity in the landscape.  The people are friendly and the food amazing!  It was so nice to get out canoeing again this year.  It was my son's first time in a canoe and I have to admit, he did pretty well.  Our first outing was only about 1/2 hour but the second was 3 hours!  Not bad for a 2 year old....the key is to bring lots of snacks and a bag of rocks : )

We ended our trip at my sister-in-law's place for my father-in-law's 60th birthday.  We spent a lovely day canoeing the Saugeen River near Walkerton and then had a nice family dinner at a local restaurant.  All-in-all a great day for a great dad!

We began our trip at my cousin's wedding and I'd like to share the card that I made for her and her new husband.  I had a lot of fun with my new "Occasions Alphabet" stamp set for this one!

﻿﻿ ﻿﻿ ﻿
I chose to stick with a relatively simple colour palette that was similar to the bride's colours for the day; Old Olive, Rich Razzleberry and Very Vanilla.  I wanted to incorporate butterflies somehow and I really like how they look against the flowers from the "Just Believe" set.  The largest butterfly has had it's wings brushed with Rich Razzleberry to give them a little more depth (thanks to S.M. from TheMuseum for the idea!).

﻿For the monogram I simply coloured just the letter from the "Occasions Alphabet" stamp and framed it using one of the frames from "Four Frames".  The "bling" on the monogram and butterfly are rhinestones.

Finally, for the inside of the card, I wanted to say something about being "Newlywed".  I framed the sentiment again with a frame from "Four Frames"...the one with the bird, but coloured to omit the bird.
at July 29, 2011

Today’s In-Colour is “Rococo Rose”.  I love how delicate it is while still be fairly saturated.....does that make sense?  It’s a little like... 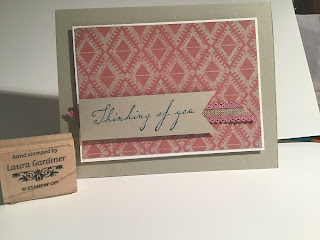 Laura @ Idlewood Cards
I have been and Independent Demonstrator with Stampin' Up! for the past seven years. In my "day-job" I teach Geography part time at a local high school. I am supported in my artistic endeavours by my wonderful husband and two children. When I'm not teaching, stamping or chasing my kids around, I enjoy gardening, biking, exploring the woods behind my home and camping with my family. 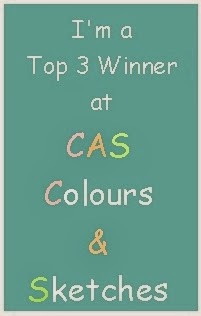 I was a Dynamic Darling! 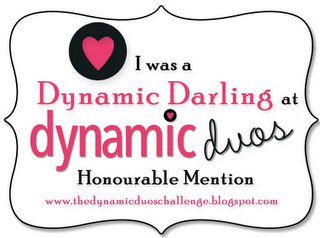 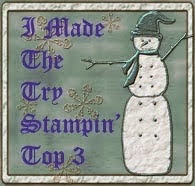 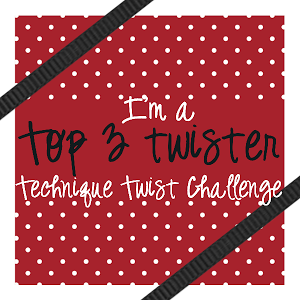